Thanks to the support of the German Postcode Lottery, the Helversen’sche Stiftung is working to develop a habitat corridor around the ponds, the adjacent patches of woodland, reed beds and tributaries.

Connections via hedges or green strips to small water bodies (Söllen) in the farmland could enhance them considerably. These are located north of the ponds, especially between the Jacknitz and Hassel ditches. These two watercourses represent the most important structures in the surrounding landscape to serve as corridors between habitats of amphibians, small mammals and bats, but also otters and insects. In continuation of the Jacknitzgraben, a connection via Polßensee and Jacknitzsee to the extensive forest area of Melzower Forst is conceivable. Likewise, in the south, the natural slight depression in the direction of the forest can be exploited beyond the B 198 by creating guiding structures on the path along the vineyard, via the numerous small water bodies and wetlands embedded in the fennel field. 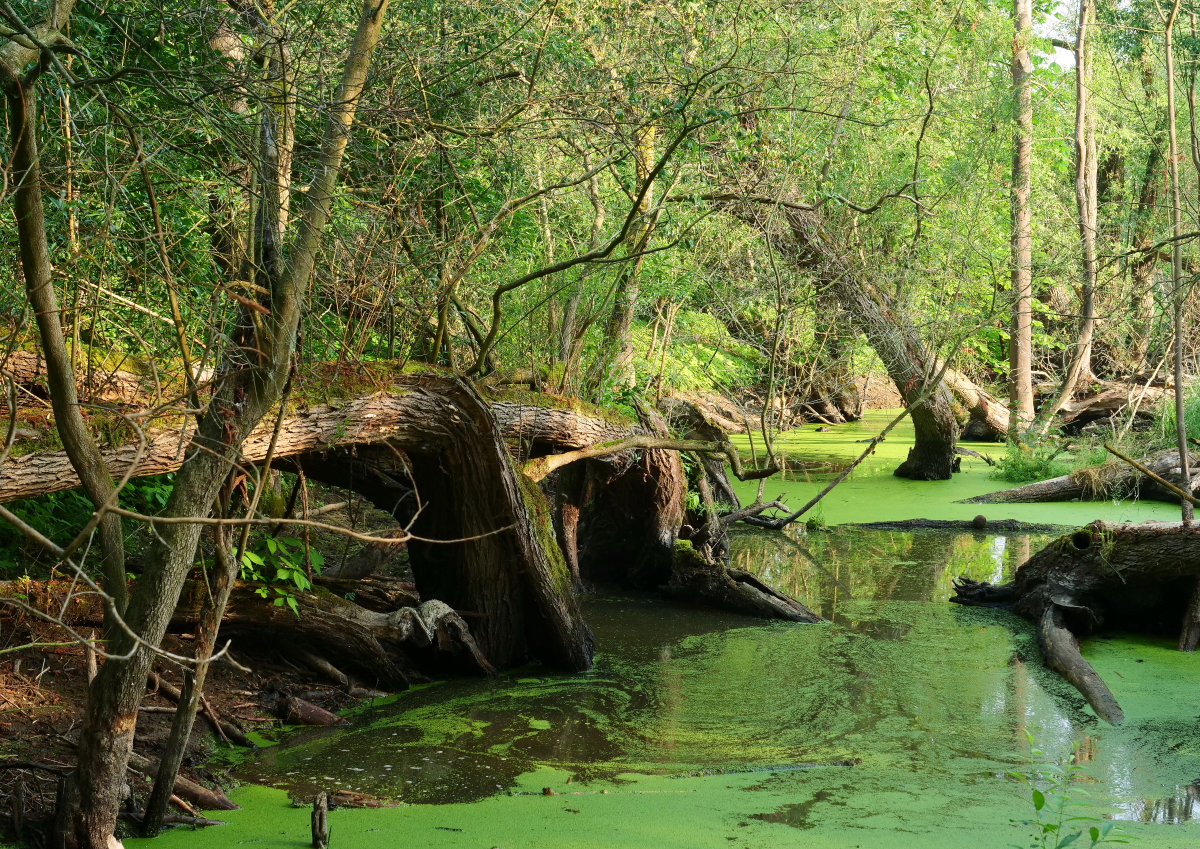 Along the edges of the forest on the north-eastern slopes, we strive for the development of the forest edges that allow a flowing transition into the landscape and could create entirely new biotope types. Native woody plants and berries can root through the previous sharp arable furrow and accumulate humus, perennials and geophytes can settle.

South of this slope, the farmland descends deeply in a depression, leaving only a narrow strip of forest between it and the Hintenteich. Only in this strip is there a stand of old copper beech. Due to wind breakage of several ash trees that have fallen below, it is now strongly exposed to the prevailing westerly wind. The arable land is separated by a green strip about 8 metres wide, which is used as a turning place and path. This always wet depression is fertile and productive. Here we want to ensure that the green strip remains and is rather widened so that the beech trees benefit from sufficient moisture.

The southern eastern bank of the mill pond is shielded from the relatively sandy field above by alder and alder-ash forest and a broad area of reeds. The springs in the slope forest have so far not dried up even in the extremely dry summers. We want to pay special attention to their preservation.

The southern eastern bank of the mill pond is shielded from the relatively sandy field above by alder and alder-ash forest and a broad area of reeds. The springs in the slope forest have so far not dried up even in extremely dry summers. We want to pay special attention to their preservation.

The outflow from the mill pond is via the Mühlgraben or Schmidtgraben, which splits into two streams. Below the main dam, a wetland biotope created by the beaver has developed with alder swamps and extensive reed beds. The main part of the water drains off via the developed Schmidtgraben, which briefly joins the Mühlgraben. Accompanied by willows, the latter flows further to the east and occasionally dries up. By dividing the amount of water, we want to keep both watercourses flowing all year round if there is sufficient supply. The Mühlgraben “loses itself” somewhat in the reeds and woods before the old railway embankment and flows into the Schmidtgraben, which joins the Mittelgraben after about 3.5 km in an easterly direction. This flows into the Welse near Passow. Since the Schmidtgraben and the Mittelgraben are equipped with weirs, it is not yet possible for fish to ascend. However, beavers and otters follow these waterways. 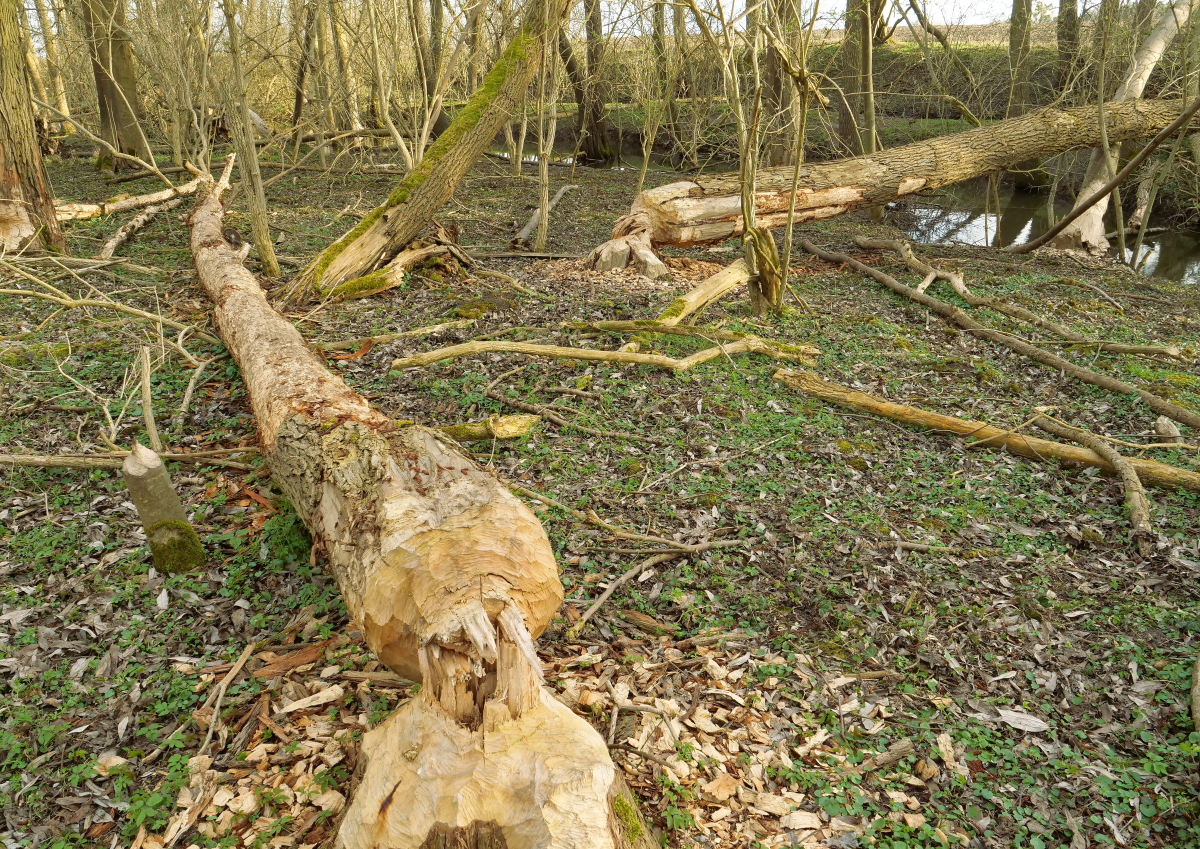 For an ecologically meaningful upgrading of the entire area, we want to initiate renaturation measures in the crossing area of the Mittelgraben and the EUGAL route in order to restore the course of the ditch to as close to its natural state as possible. The bare banks of the Schmidtgraben could be significantly enhanced by planting woody plants: in terms of corridor function as well as landscape appearance. (However, sufficient preventive measures would be appropriate as protection against beaver predation). In this way, the Welseniederung and the pond area could once again enter into a stronger exchange, which would also include the Sernitzniederung via the diversions of the confluence near the Schönermark railway station. There, the rare lesser spotted eagle can often be observed, which is only an exceptional guest at the ponds.

Within the framework of the reservoir council set up by the Welse Water and Soil Association, we advocate the best possible damming of ditch systems for the landscape water balance, toleration of beaver activities where they do not pose a threat, and the preservation of wet depressions on arable land and grassland. Under these conditions, snipe, lapwing, black-tailed godwit and other limicolas may also return and reestablish themselves, encouraged by such habitat provision.

Gently sloping fields to the north of the Polßenteich, which can thus drain nutrients directly or also via the Jacknitz and Hasselgraben, are important grazing areas for mute and whooper swans, geese and cranes. Here, too, the wetter lowlands offer clover-grass meadows and lucerne, which can be mown once or several times a year as forage. These are important feeding habitats for insects, field hares and field birds.
A 4 ha riparian strip along the Hasselgraben, which has existed for several years, has been used for haymaking and occasionally as a roadway. A permanent ground cover with single-row mowing is no guarantee, but it is the optimal prerequisite for a sustainable stabilisation of the soil structure and the fixing of nutrients. In the meantime, the strip has been sown with a flower mixture that provides food for insects until late in autumn and keeps the soil moisture at an optimum level. 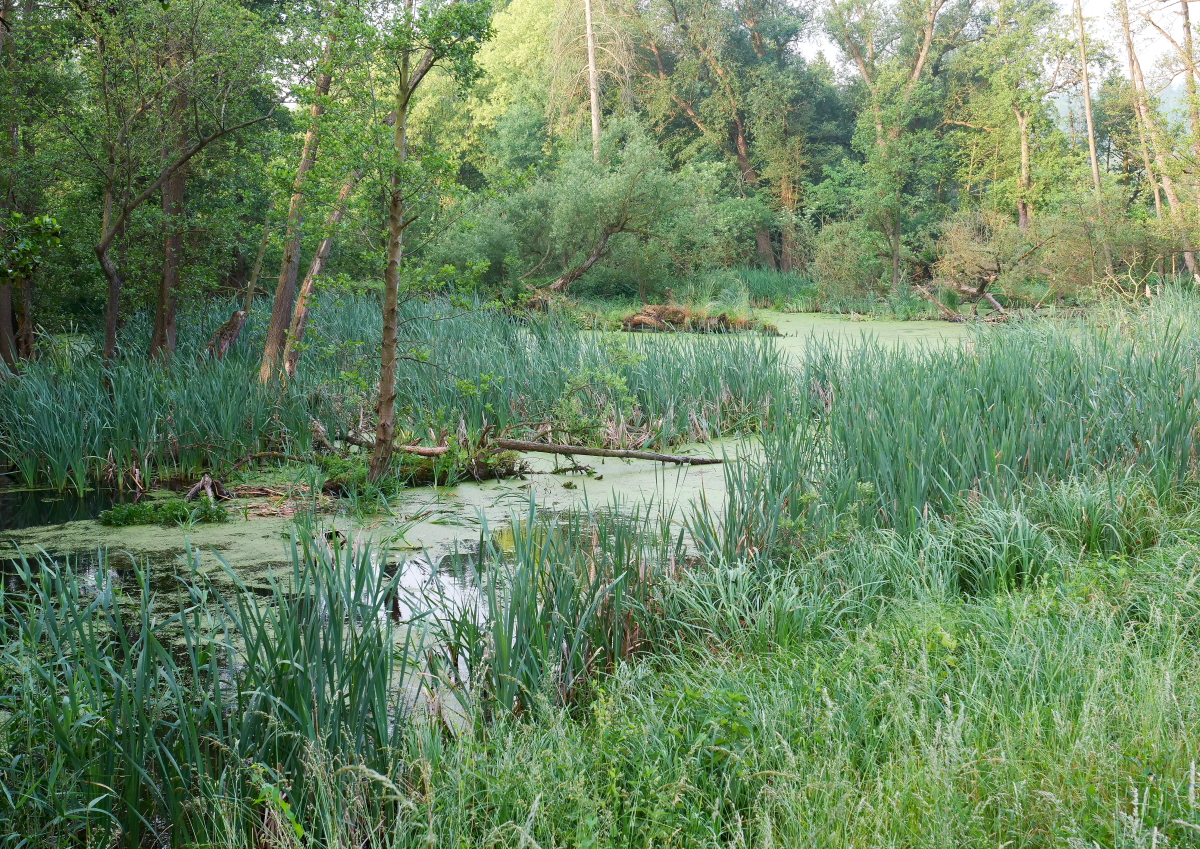 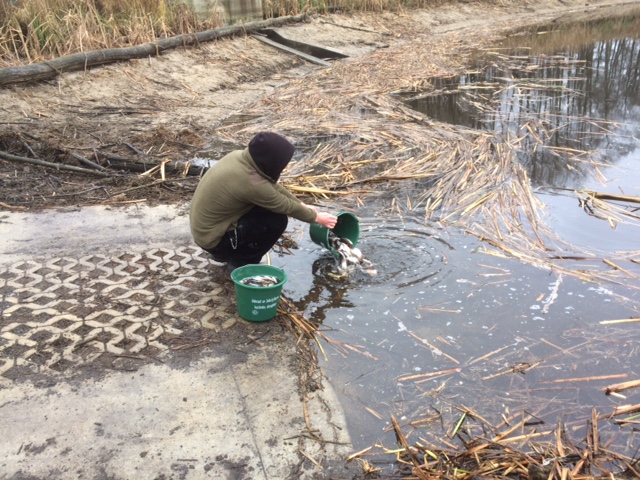